I grew up in a house in the city centre. We were extremely lucky to have a lovely long garden, with lots of trees and room to grow and play. Some of my earliest memories are of climbing the apple trees that marked the halfway point in the garden. On the right was a cooking apple tree and on the left an eating apple tree. I remember making apple pie as a kid and going out to the garden to pick my fruit. Sadly present day, while I do have a nice garden, I do not have any trees of any kind * note to self, must fix this issue. Luckily for us, we have someone who gave us a big box of apples this weekend. There were loads of lovely apples of different varieties. In exchange for the apples, was a promise of a jar of my jam. Something that I haven’t made in a long while and decided to rectify that immediately.

I usually make berry based jams, but I have an abundance of these lovely apples and some peaches in the fridge, so decided to come up with a new recipe. This is less of jam, slightly more like a compot / thick apple chutney if that makes sense?

Spiced apple and peach jam. Doesn’t it sound lovely? It isn’t as exotic or spiced as I would have liked, but still rather jammy and good and has underlying tones of cinnamon and spice. Even the kid likes it, so that’s a thumbs up in my mind.

Generally people I think use cooking apples for jams, but I like that we can use the produce we have in our house already instead of buying more. I just use less sugar when using sweeter fruits. In addition to the gifted apples, I also had some blood peaches and regular peaches so decided to use them and add some vanilla and spice. I know it’s sinful but I love to make fresh toast, slather with cold butter and top with jam. Hmmmmm yummy.

Place the finely diced apples, peaches and sugars in a large pot. Add the vanilla bean, cinnamon, nutmeg and ginger to the pot and stir.

Place over a low heat and gently heat until the sugars have dissolved.

Transfer to a clean pot (or air tight container) and cover with parchment so no film develops on the top and once cooled, pop into the fridge over night to allow the spices to develop. 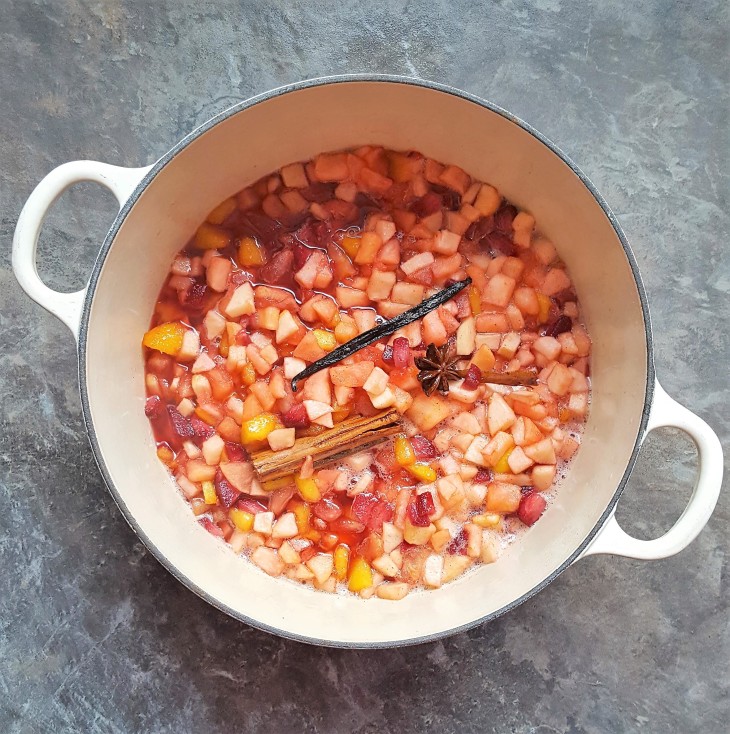 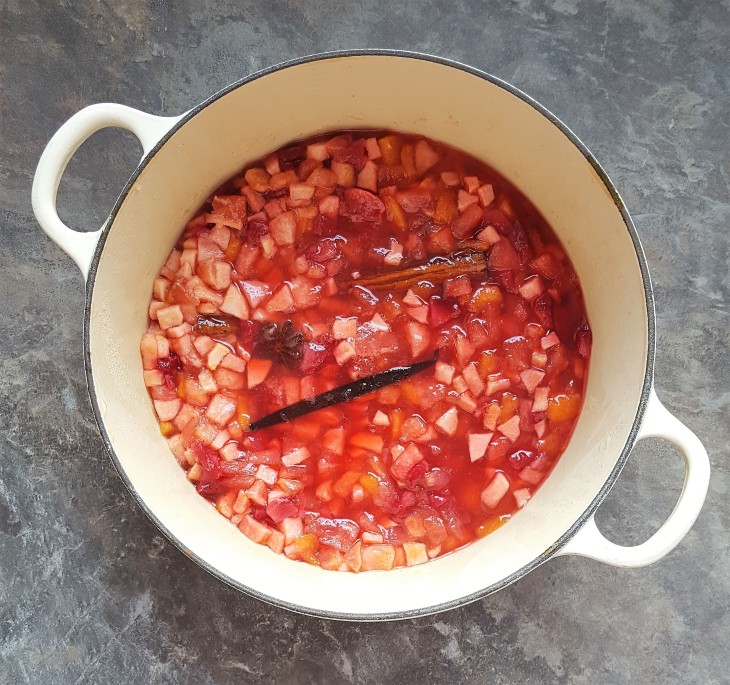 By the morning, the juices will have increased and it will have developed in colour.

Over a medium heat, gently simmer the mix. Use a thermometer and heat until it reaches 220 degrees. While the jam is cooking, clean some glass air tight jars in hot water and dry them out in a hot oven for 10 minutes to sterilise.

When the jam has reached the right temperature, take off the heat and let sit for 5 minutes. Fill the sterilised jars and seal.

When cool enough to put in the fridge, pop them in and leave for at least a day before opening. 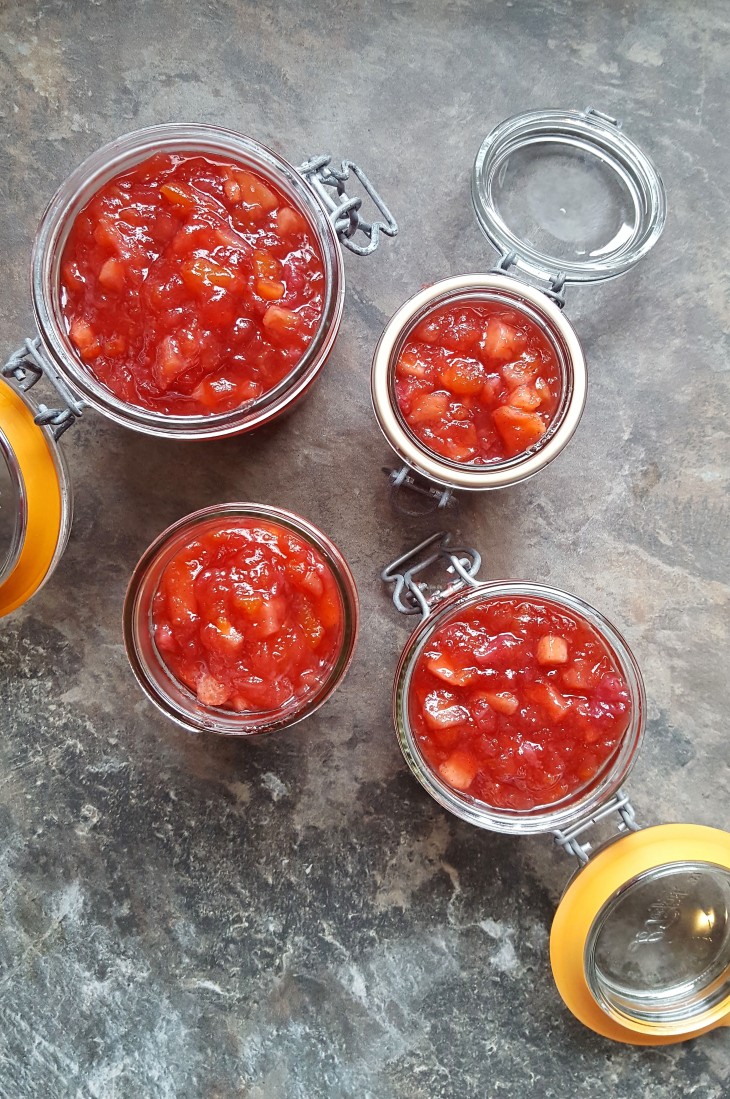