Well hello again! We have just gotten back from a break in Lanzarote. It was good to get away but also great to get back. Back to my routine and keeping my mind busy. Lots of inspiration for the blog, recipes to come. But when I got home and talked to friends and family, people seem to be talking about and making Caponata. I had written this post weeks ago but didn’t have a chance to put it up yet so now with all the interest in Caponata I decided it was time to share it.

This is such a great dish. Caponata is a Sicilian aubergine dish cooked with a salad of onion, celery, tomato, capers, vinegar and topped with toasted almonds. Simple but oh so good. It works well as a starter or main and this recipe makes a big amount which also freezes well. It’s also great with pasta. It’s one of my top dishes to make for a busy week. 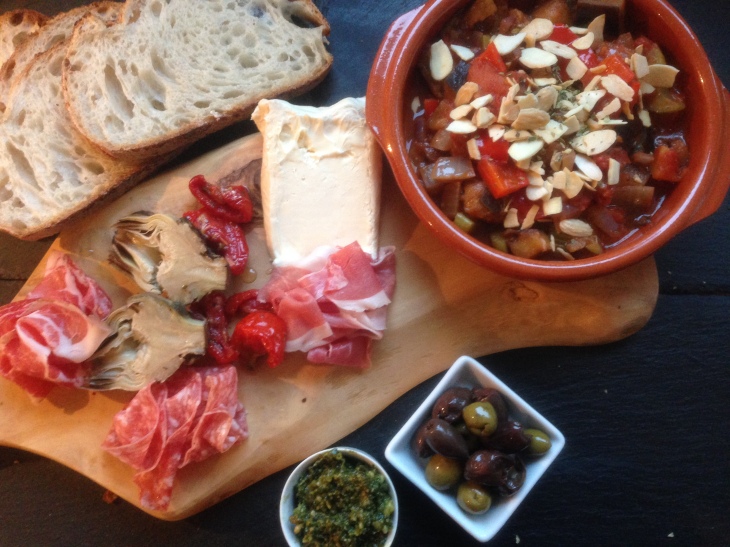 As with most things, there is no definitive recipe for Caponata. Some people like to add olives, some like to add raisins, but I don’t like either olives or raisins. So I added red pepper, which I think gives a nice pop of colour to something that looks a little one toned. 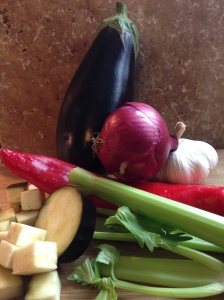 Heat the oil in a large flat pan or casserole dish. Add the aubergine and cook for about 20 minutes on a medium heat until softened. 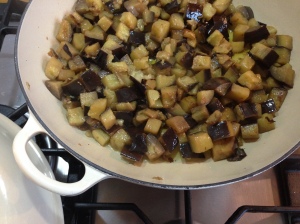 Remove the aubergine from the pan (try to keep as much oil in the pan as possible). Add the onions to the pan and cook for a few minutes to soften. Once the onions are slightly softened, add the garlic, oregano and tomatoes (including all the juices) to the pan. Simmer on a gentle heat until the tomatoes start to break down and become ‘mushy’.

When the tomatoes are ‘mushy’, add the aubergine back into the pan along with the celery, red peppers, capers, red wine vinegar, oregano and some seasoning. Give it a big old stir! 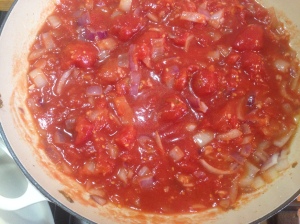 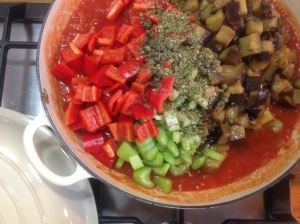 Cover with a lid and simmer for about 40 minutes on a low heat. The longer the caponata has to cook, the better (so all the flavours meld together).

This dish is great with toasted (or fresh) sourdough bread and some meats and cheeses. 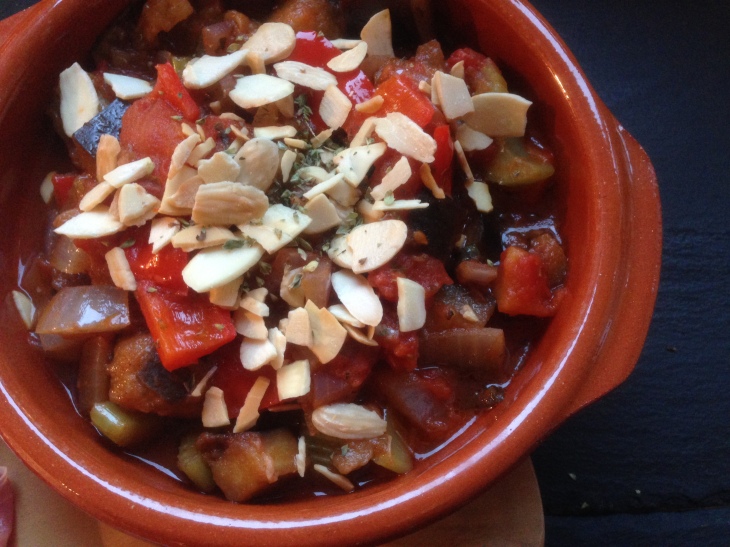